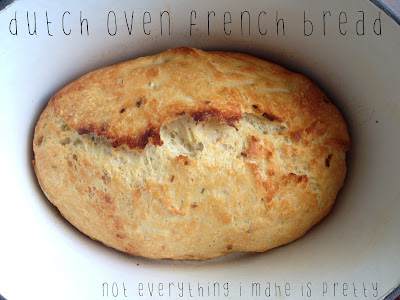 I have a slight obsession with bread (along with zucchini, tomato, avocado & chocolate, though usually not all together) . I've been working on perfecting the fluffy crumb with a crunchy crust. I usually bake it on a pizza stone with a cup of water to help add some steam to the process, it's worked fairly well so far, but I have another option now too....

The Dutch Oven: I got mine, enamel coated, from World Market and it works great! I've used it primarily for Braising and once for Chili. I went on the hunt for other ways to use my new found toy, I would have never thought to make bread in one though. The lid on, allows the bread to cook, fluff and steam. Finishing the baking, with the lid off, gives it a golden, knock on wood crust with the perfect crunch. 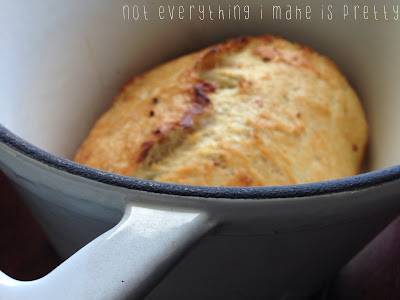 For the dough use the basic recipe or the rosemary & garlic option, or any other favorite recipe. I recommend a wetter dough, it'll help it steam after you put the dough in the Dutch Oven. 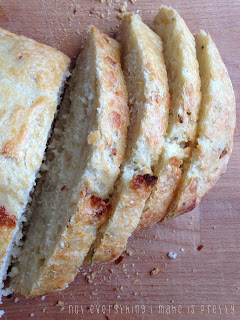 After you let the dough sit in the fridge, let it proof for about an hour on the counter, or however long you have. Heat the oven to 450°F. Put a Dutch Oven in the oven to preheat. When the dough has doubled in size, put it in the pan. You may have to pour it, pry it off the baking sheet, or just roll it in - the dough is very wet. Don't worry if it looks a mess. Cover the pot with a lid and bake for 30 minutes. Remove lid and bake for another 15-20 minutes to let it brown. 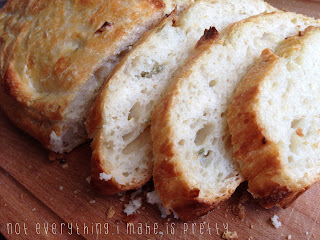 I used it to make Tomato & Parmesan Toast 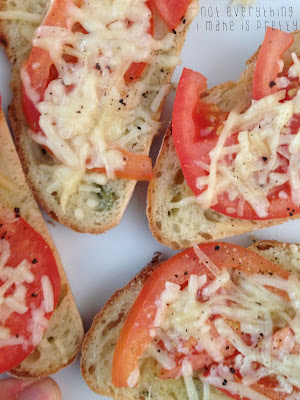 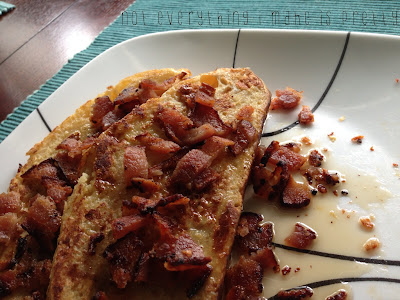 ....And I used it to make another Breakfast recipe shared at the Breakfast Hub.

If you're interested in any personalized invitations, stationary, logos, cards, any other web or print media you can contact me through comments, social media or here: