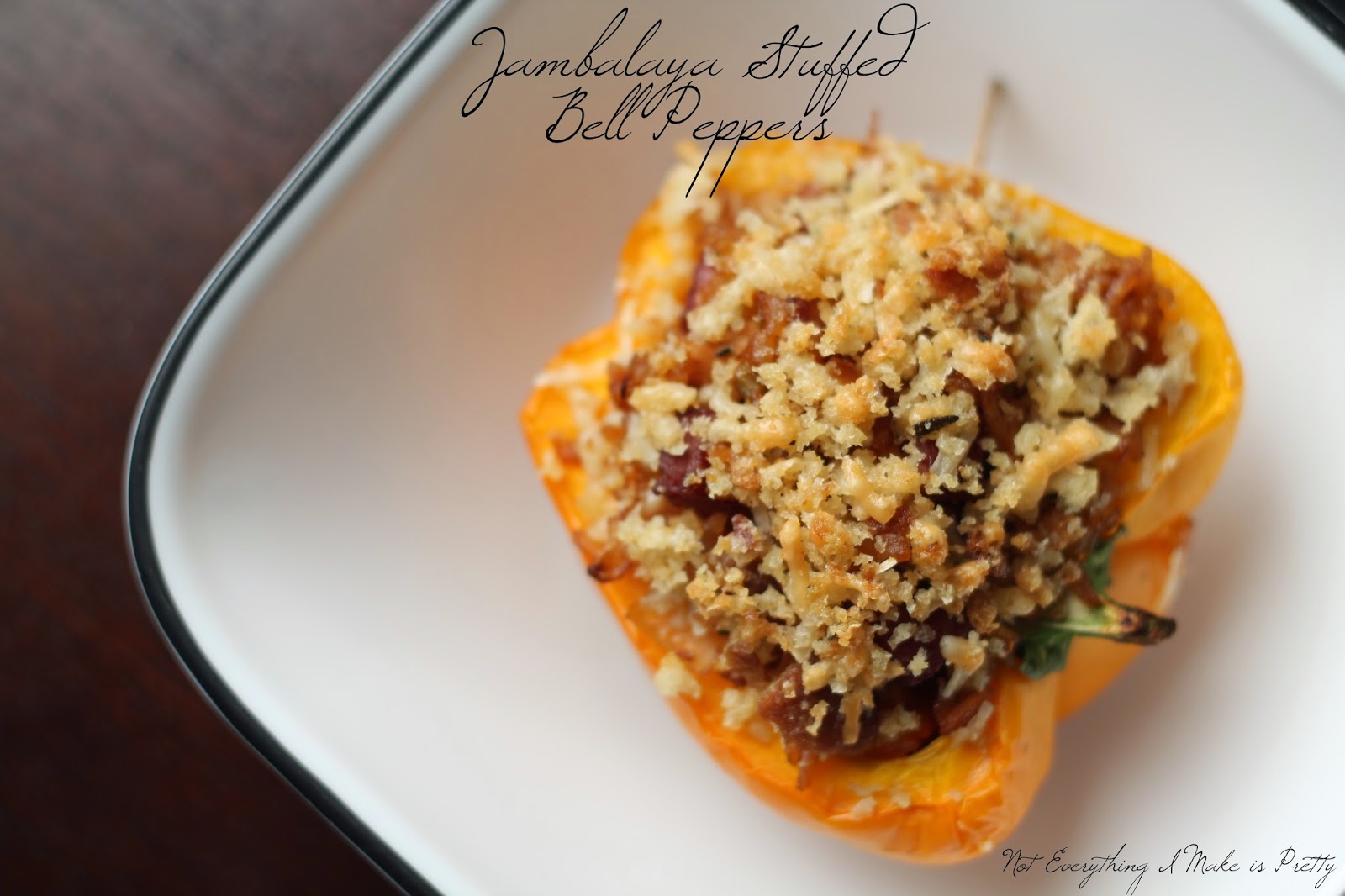 Apart from one day in May yesterday was probably the hottest day of the summer and coincidentally the sdame day CPB and I decided Jambalaya Stuffed Bell Peppers sounded like an amazing lunch. Why I thought turning on the oven was a good idea is beyond me. The living room did not cool off until after 9pm. September 14th might not seem like summer to most of the country but in San Diego we were holding strong at 90 degrees on the coast (and 100+ inland), extremely unusual for this time of year.

The Jambalaya takes about an hour from beginning to end and then the stuffed peppers another 30 minutes finished in the oven. And while I don't recommend using an oven when your house has poor ventilation and lacks air conditioning, it was a sucessful dish. There will be plenty of leftover Jambalaya, you can probably make 12 or so stuffed peppers with the below recipe. The Jambalaya recipe is a cumulative recipe from CPB's family and some of the New Orleans cookbooks we own. It is lovely on its own, with a little chipotle tabasco or cajun garlic sauce sprinkled on top. 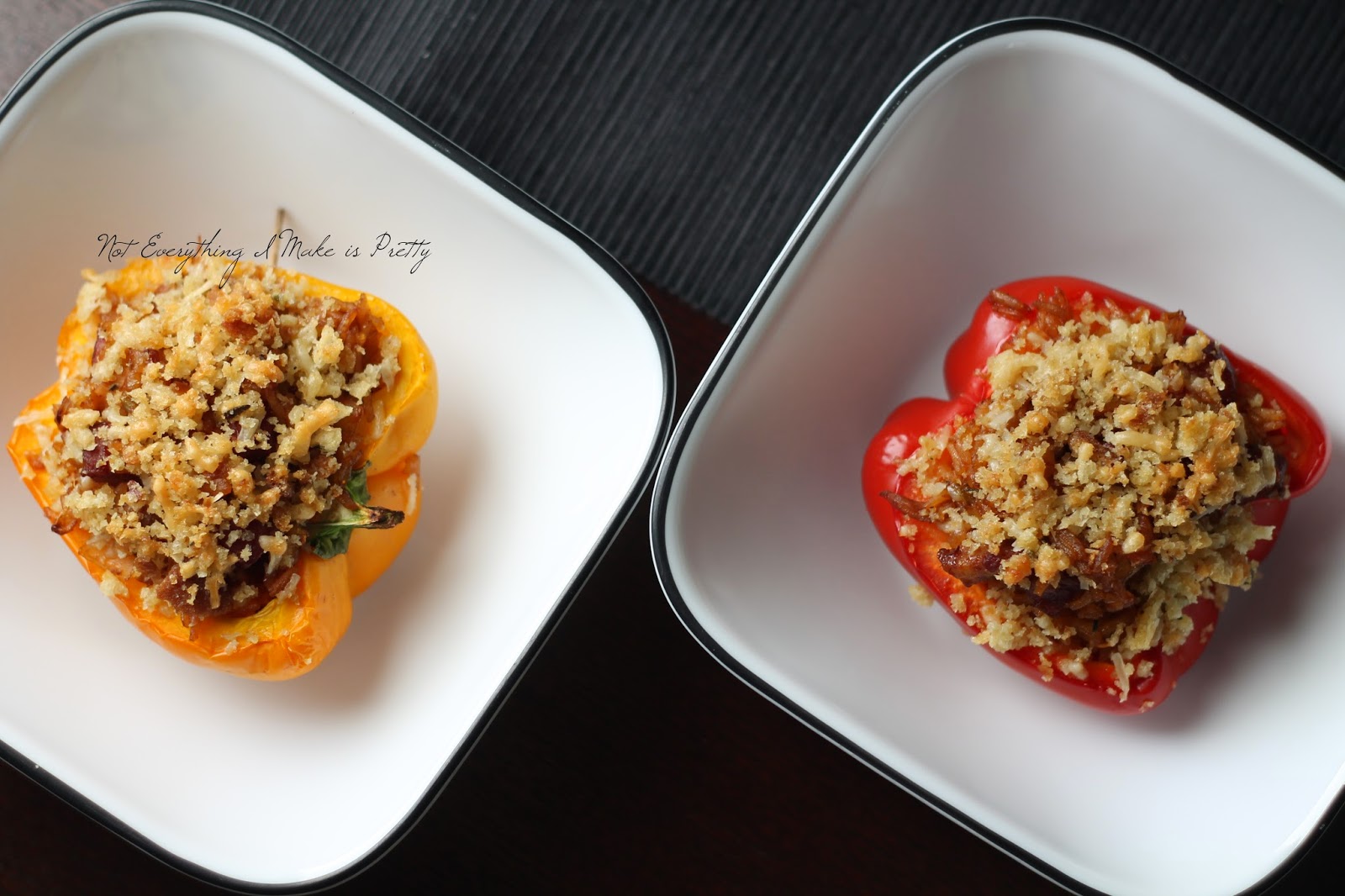 Preheat oven to 350 degrees. Place 4 halves of the peppers in a 9x9 baking dish. Bake for 10 minutes, to soften peppers. Place 1/2 Cup of the Jambalaya in each pepper half, and return to the oven for another 10 minutes. Increase the oven temperature to 425 degrees. Remove peppers from oven one last time, top with cheese & breadcrumb. Bake for a final 10 minutes until breadcrumbs are browned and cheese is melty. 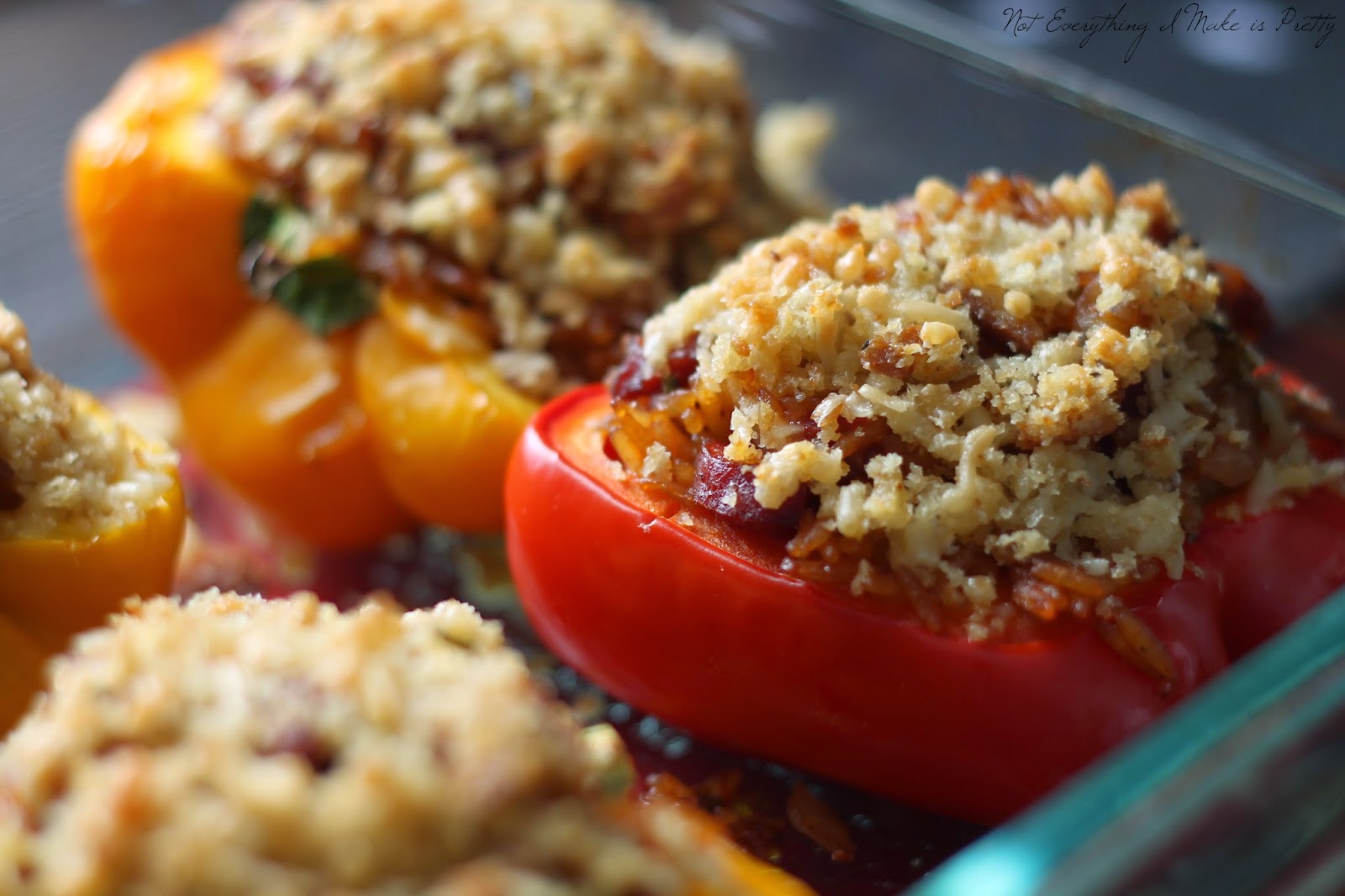